The Power of Statistics

The long record-breaking summer has made outdoor living a way of life this year and is a reminder of just how green and pleasant our land can be. 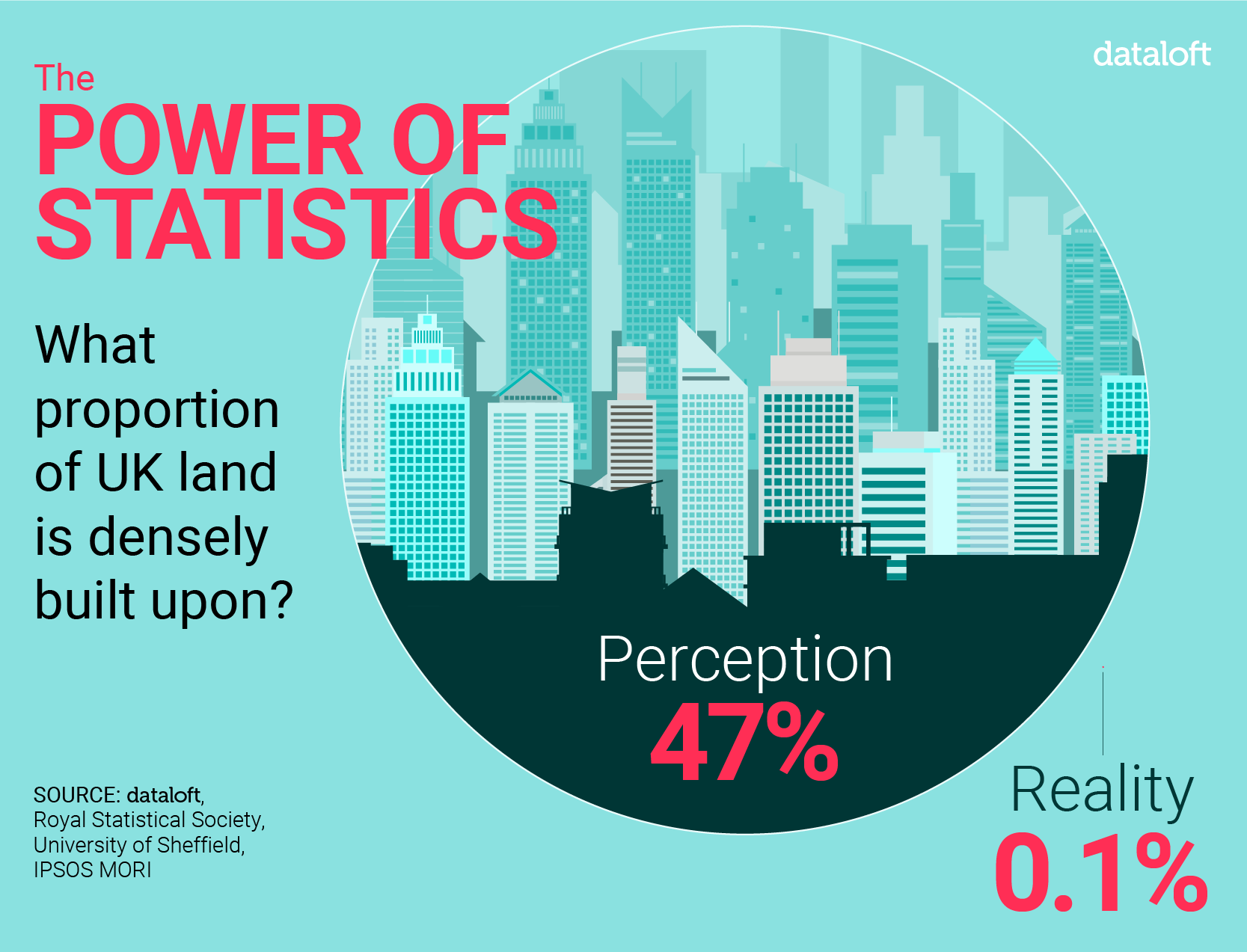 Only 0.1% of UK land is densely built upon – a statistic that took many people by surprise. In a poll conducted by IPSOS MORI earlier this year, the public hugely overestimated the figure, with a mean guess of 47%.

In fact it caused such a surprise that it was chosen as The UK statistic of 2017 by the Royal Statistical Society. Each year the RSS runs a competition for statistic of the year, asking for entries that capture the essence of the year or reveal something powerful or surprising.