Rental growth is heating up!

At 1.3%, annual rental price growth across the UK in the year to May is at its highest level in 18 months, according to the latest figures released by the Office for National Statistics

The East Midlands, South West and Yorkshire and the Humber are currently ranked the top three regions for growth, with rents rising by 2.1%, 2.0% and 1.8% respectively.

Average rental growth across the London region averaged -0.1% during 2018. The 0.9% rise recorded this month was the highest rate of growth across the capital since September 2017, while in the North East, at 0.5%, rental price growth is at its highest level since the summer of 2017. 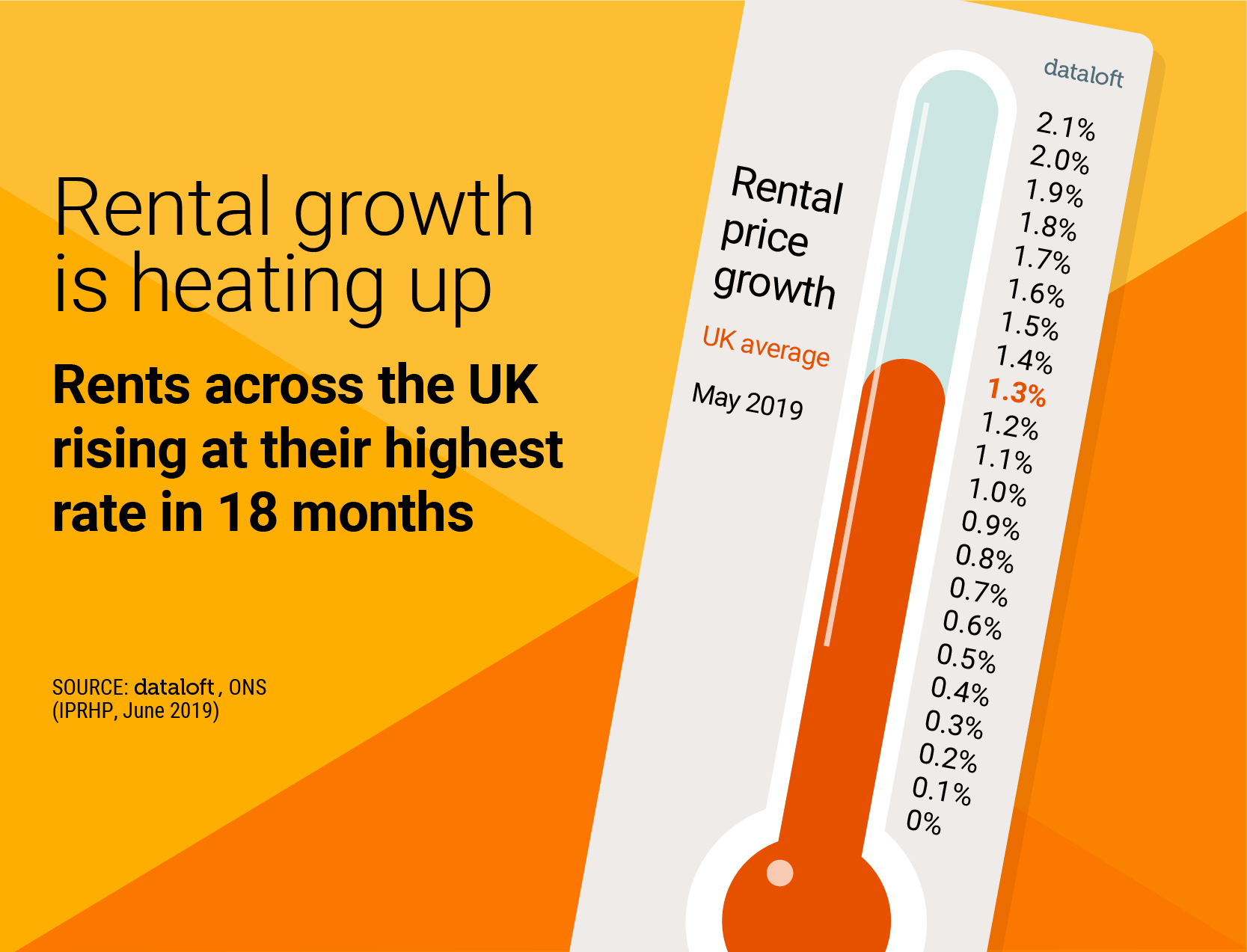