Leaving home is often considered one of the biggest steps into adulthood, however, according to new research by the Office for National Statistics, young people are living at home for longer.

Twenty years ago, just one quarter of those aged 18-34 in the UK still lived at home with their parents. Latest data indicates that figure is now almost one third, equivalent to just over 4.7 million people.

There is also a significant difference according to gender: while just one quarter of females remain at home with their parents, the figure is 37% for men.

Access to higher education, affordability of housing, and the ability to save money are just some reasons for staying put. The average age of a first-time buyer across England is now 34 up from 26 in 1997, while the average total income of purchasers has more than doubled from £18,080 to £41,839 over the same period (UK Finance). 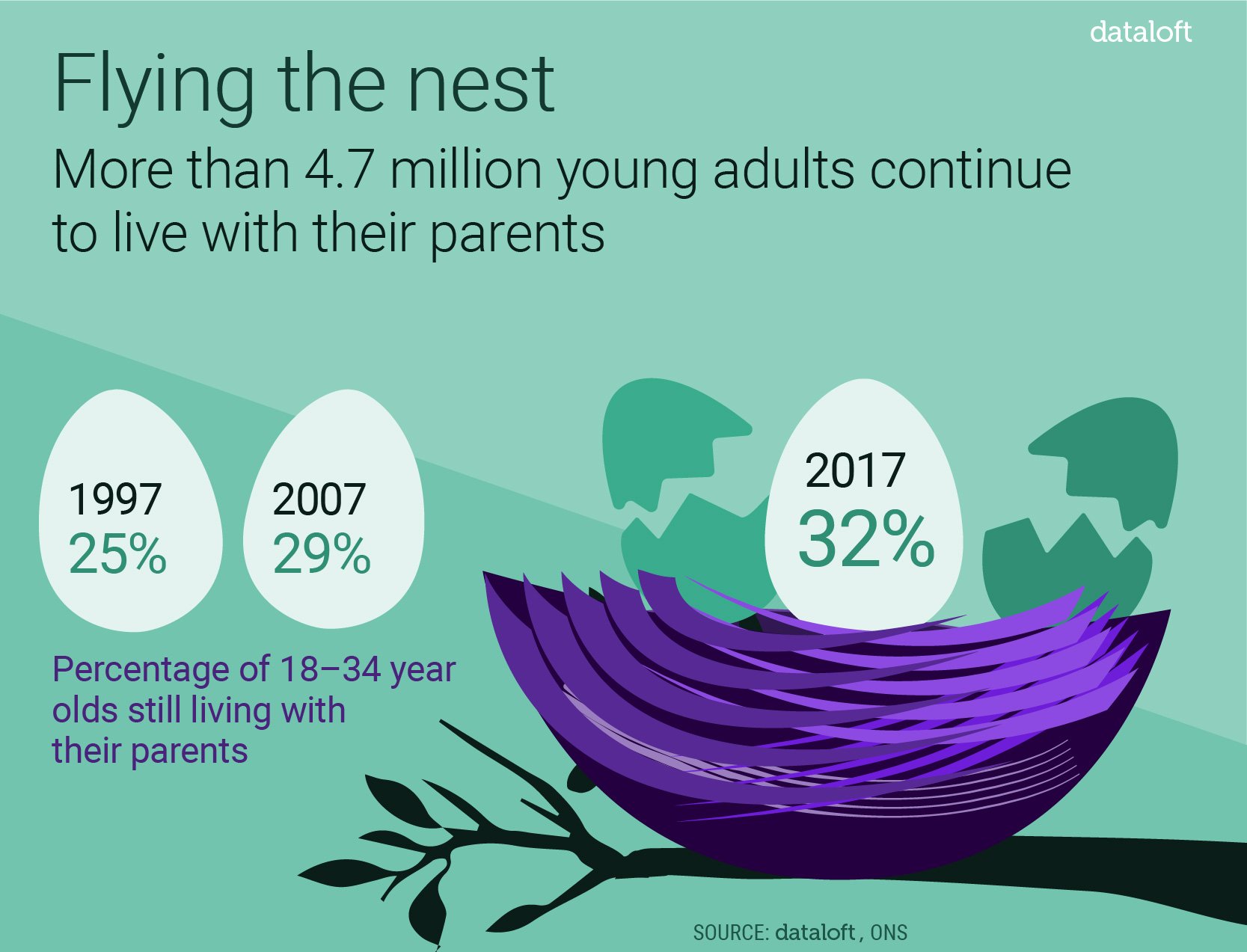