At £1.8 billion, the value of residential construction contract awards in March 2019 was 8.3% higher than in February 2019, according to a new report by Barbour ABI.

Contracts based in London and the East of England accounted for half the value, with both regions seeing a rise in value compared to the previous year, in March 2018. Four of the top 10 contracts awarded by value were in London.

Over 92% of contracts in March 2019 were for private housing, equating to the provision of over 10,000 residential units.

Barbour report that while March has proved to be a positive month for both contract value and residential numbers, the new housing sector is facing continued pressures on slowing consumer confidence and affordability pressures, which might well dampen demand in the short term. 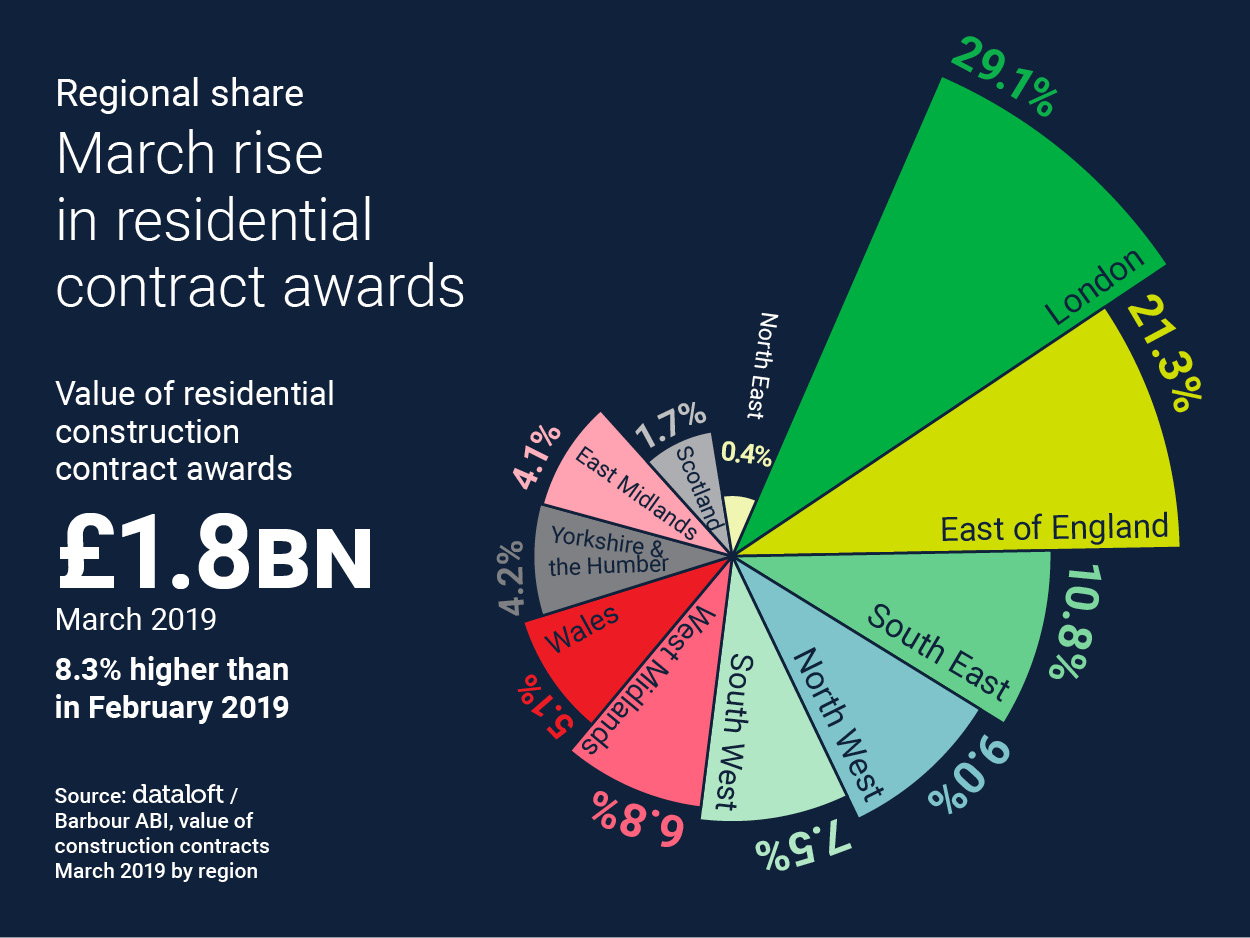