How has the new build market changed over the last 10 years?

Back in 2008/09, almost half (45%) of homes built in the year across England and Wales were flats, with the majority of these having two bedrooms. The shift in government policy a number of years earlier had resulted in higher density housing on brownfield and urban sites. Many developers were building with investors in mind, as investors flocked to buy city centre flats.

Move on ten years and the picture is very different. In the last 12 months, 81% of homes built have been houses. The largest, those with four or more bedrooms, have comprised the dominant property type, representing 36.5% of completions in the year.

Amendments to government policy from 2010, the introduction of Help to Buy and the reduction in investment demand, all came together to result in developers building for the occupier market, with the shift in emphasis back towards houses. 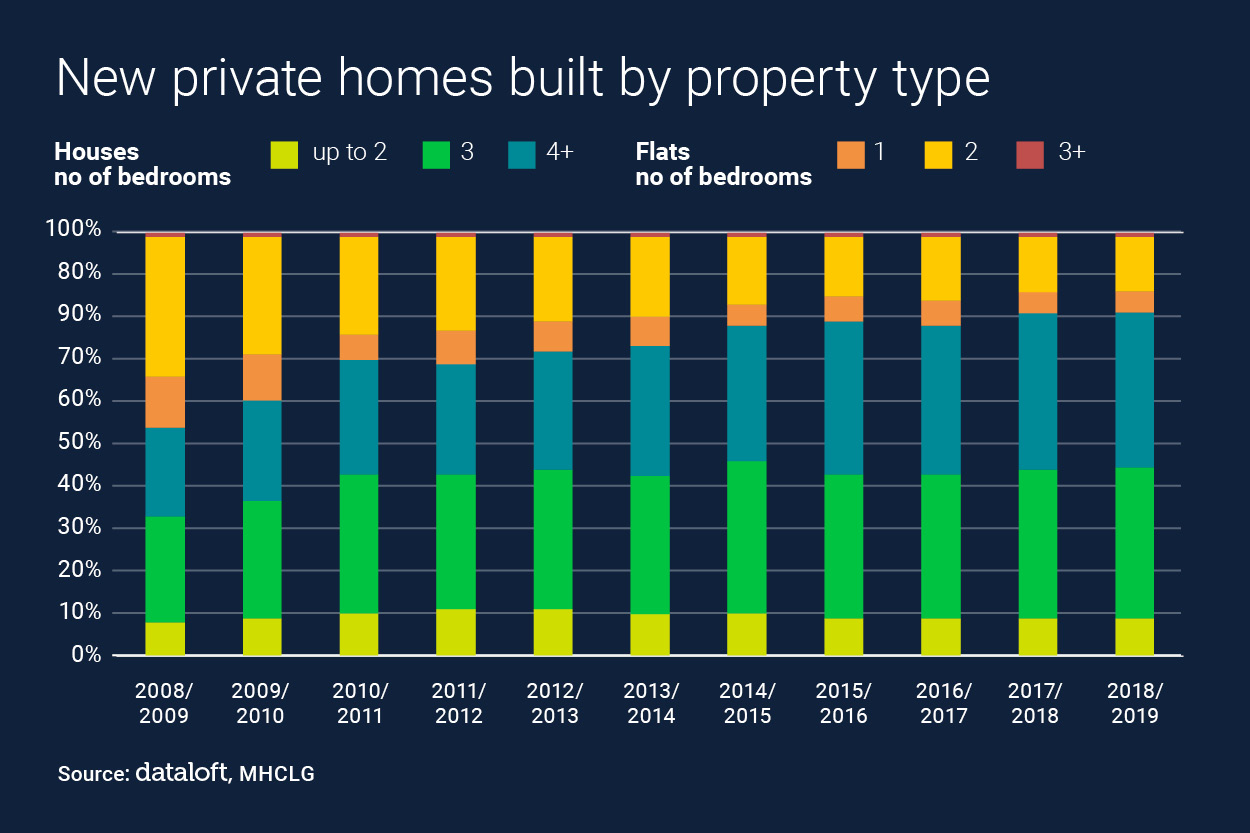