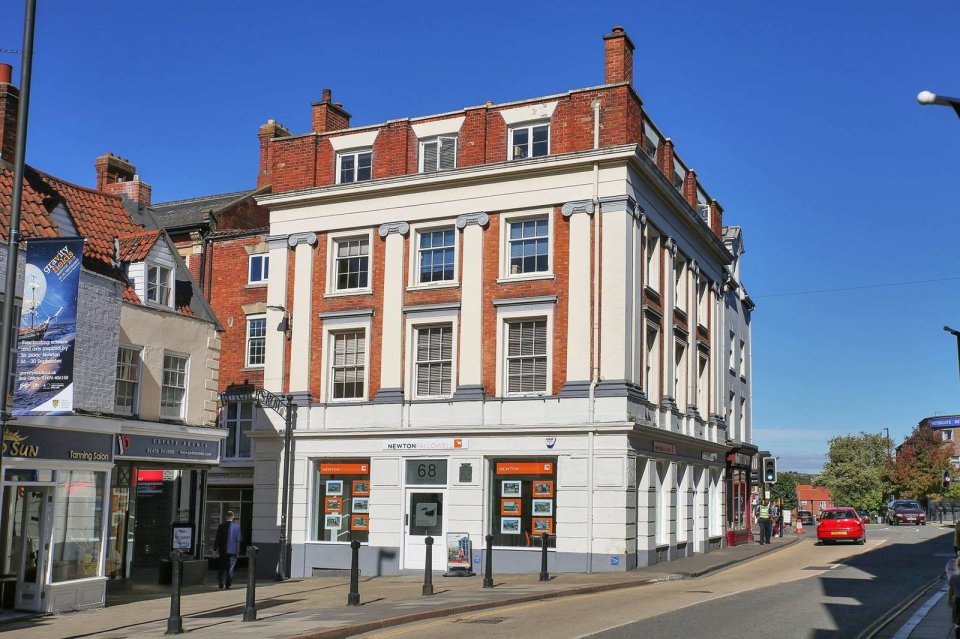 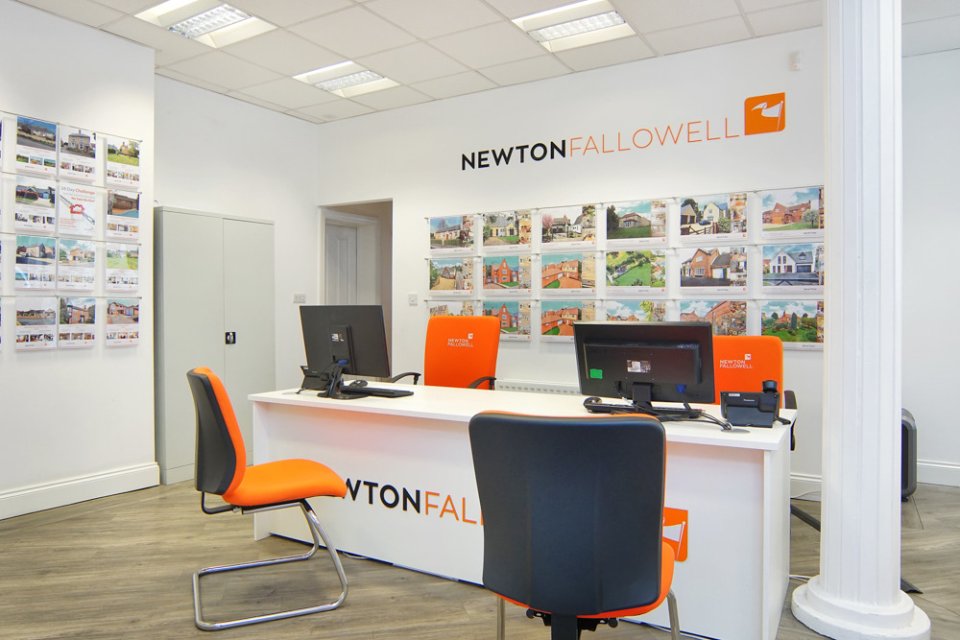 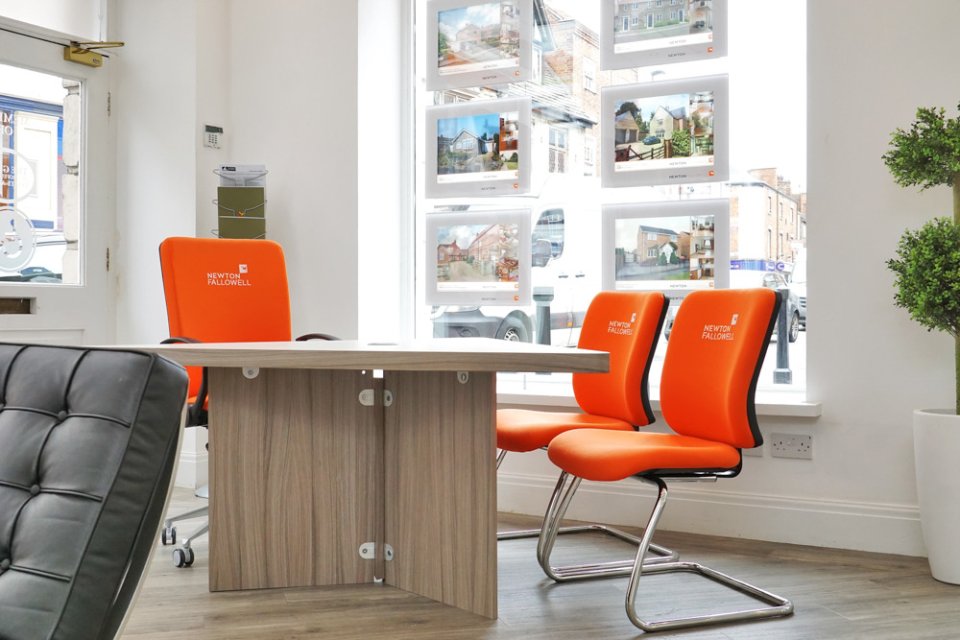 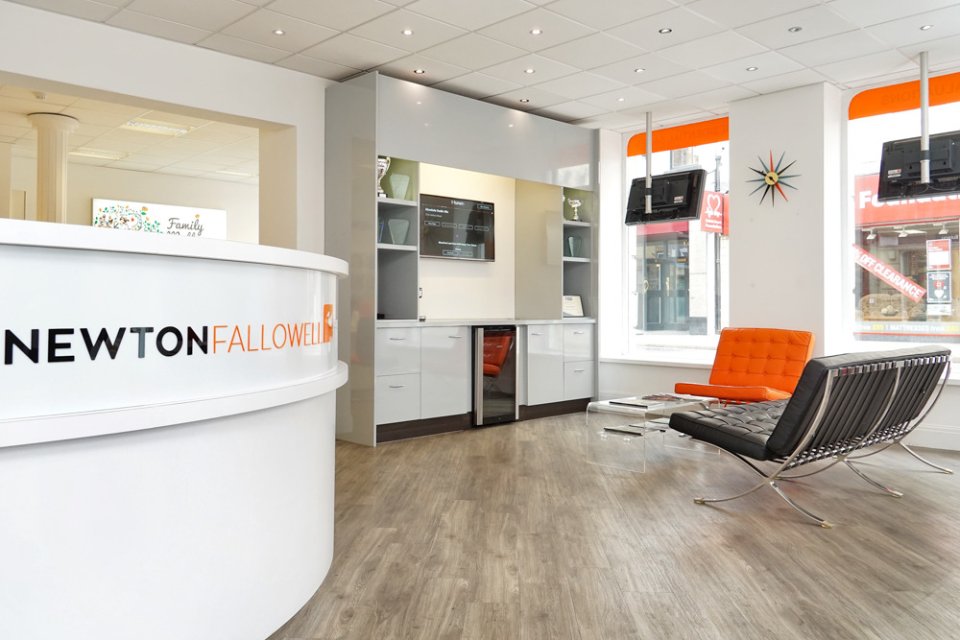 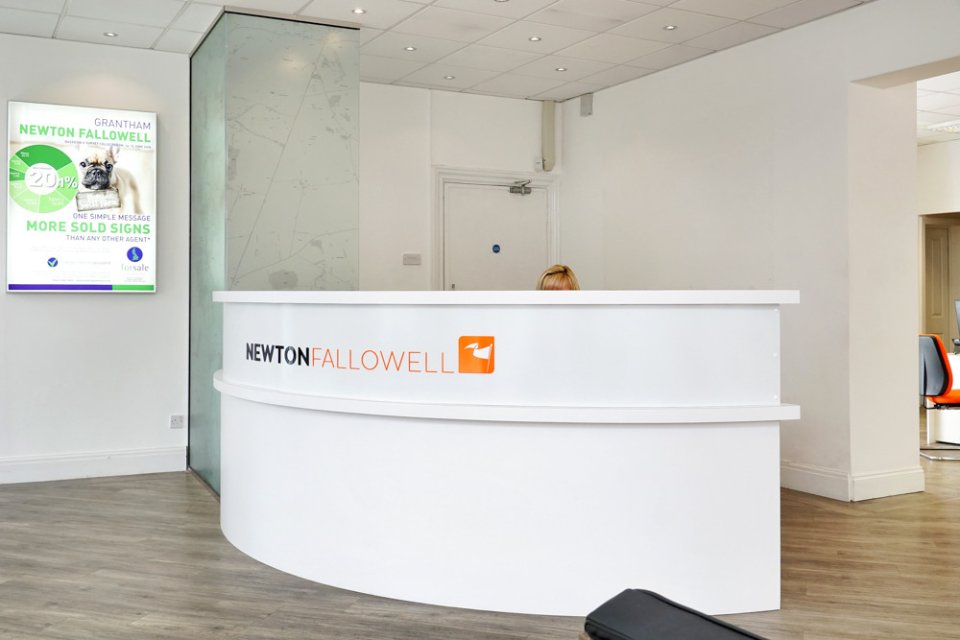 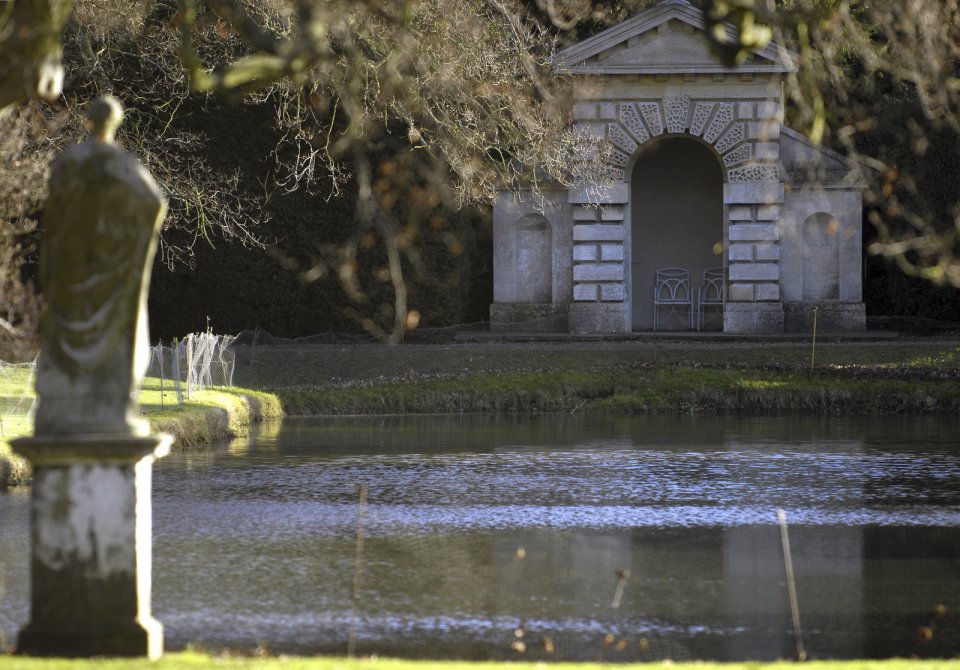 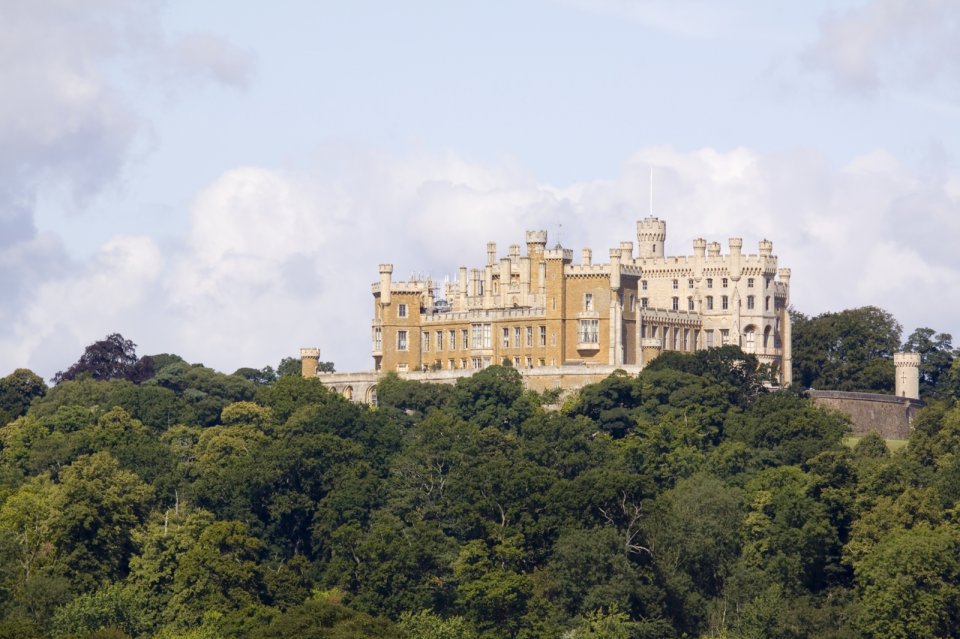 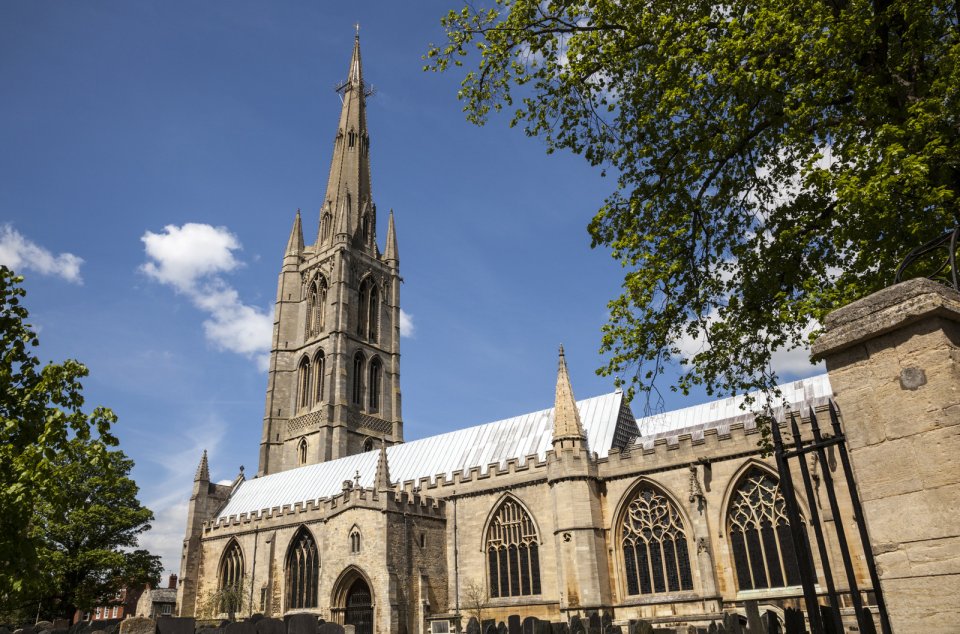 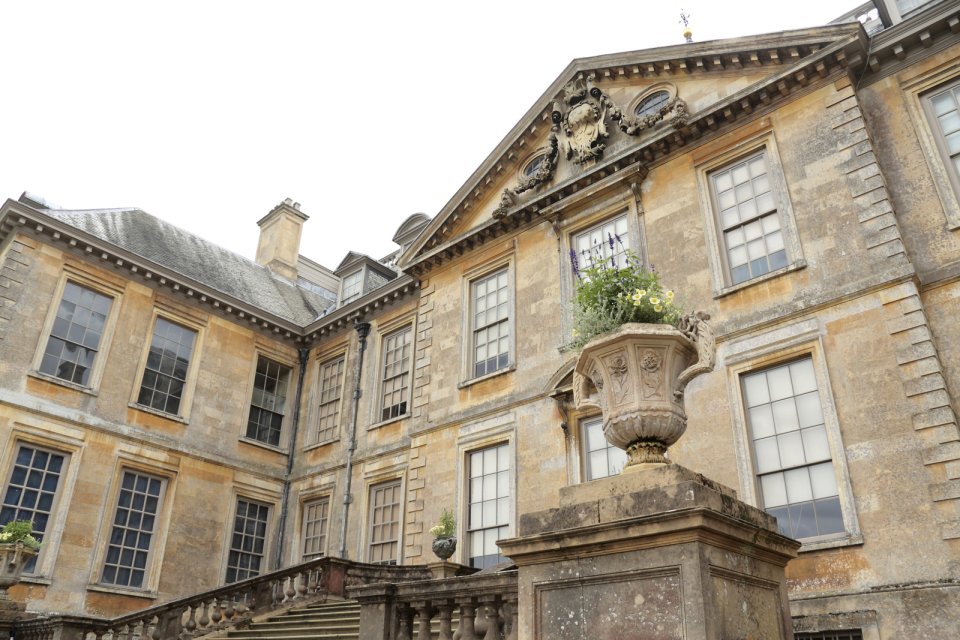 "We marketed our house in Fulbeck last June, sold in August and are completing today!! To say that it has been a fiasco over the last six months would be an understatement. The situation hasn't been helped by a lack of communication from our solicitor. However , there has been one person throughout this debacle who has helped us stay sane. Karen has been the go- between amongst it all, and has liaised with everyone in the complex chain to keep us fully informed. Even when l rang for a moan, she remained professional and positive throughout. She has been the only person throughout this long process who has understood how we felt and has done her utmost to keep us informed. She is totally reliable and clearly dedicated to her work. It's a massive Thank you from us" - Alison

The offices occupy three floors of a beautifully refurbished period property on Grantham’s High Street with an illuminated display of the entire property portfolio. With the largest sales team in the town, the team comprises three full time negotiators, an office-based branch manager who is always available, and a full-time accompanied viewer.  Inside, visitors find comfy armchairs and a 40” TV in the café style area.

Recognised as highly professional, the sales team has been ranked Number One in the town by both For Sale Sign Analysis and Rightmove Intel for the last five years.

Manager Gavin recognises that today’s buyers will become tomorrow’s sellers and the team’s focus is wholly on the customer and ensuring a new style of property experience when buying or selling through our Grantham office.

There’s no 9-5 attitude for the team either, they finish when the job is done, so if the best time to touch base with a buyer or seller is 9pm, that’s what they will do.

“Great service from the team at Grantham. I buy, renovate and sell and Gavin at Newton Fallowell Grantham office has his finger on the pulse of the local property market.”

“Thank you so much for selling our house on Truro Close in Grantham within a week!!! A big thank you to Tony for the professional way in dealing with the sale. Tony you took some great pictures, which really helped get buyers interested. Will always recommend Newton Fallowell

A VIDEO TOUR WITH COMMENTARY IS AVAILABLE ON THE VIDEO TAB - Located in a quiet Great Gonerby cul-de-sac, is this spacious detached bungalow that is spacious and has had...

PRICE RANGE £300,000 to £310,000. The heart of this superb Barrowby Lodge home is an enviable open plan kitchen/dining room overlooking the garden through a wide bay window and providing...

GUIDE PRICE £170,000 to £175,000. Located ideally for east access to Grantham, Stamford, Melton Mowbray and Bourne is this impeccable period home that has undergone a recent scheme of improvements...

A VIDEO TOUR WITH COMMENTARY & A 360 DEGREE VIRTUAL TOUR AVAILABLE ON THE VIDEO TAB - Located in a discreet and beautiful rural area of the village of Ingoldsby,...

See all Grantham sales
<< Back to our offices

Grantham is located just off the A1 and is a short commute to Lincoln, Nottingham and Peterborough. It also attracts many London commuters, with the fast intercity train route connecting the town to London Kings Cross in around an hour.

The birthplace of former prime minister Margaret Thatcher, the town is also well known for its connection to Isaac Newton, who attended the Kings School in Grantham.  Newton Fallowell founder Mark Newton is a direct descendant of the renowned scientist.  The town is close to an ancient Roman road, and was the scene of Oliver Cromwell's first advantage over Royalists during the English Civil War at Gonerby Moor. The Grantham Parade and the Grantham Festival take place every year and until the 1960s there was an annual pig drive through the centre of the town.

The town is also known for making the first gingerbread biscuits – created in 1740 by William Eggleston, a baker in the town.

Hotels and hospitality are well represented in the Grantham area.  For leisure and business travellers there’s the Olde Barn Hotel in Marston, the De Vere Belton Woods Hotel with its leisre complex and golf course, the Ramada hotel and various other golf clubs. Nearby Stoke Rochford Hall won the Les Routiers Wedding Venue of the Year in 2011 and the Angel and Royal on Grantham’s High Street is widely regarded as the oldest surviving English Inn.

The food-processing industry is Grantham’s largest employer, but many people in the town travel to work in the nearby cities.

The town is favoured by parents seeking places for their children at the selective grammar schools - the Kings School and Kesteven Girls School – alongside other well regarded non selective secondary schools.  The town also has direct transport connections for pupils attending private schools such as Nottingham High School and Lincoln Minster.   For primary pupils, there is a wide range of schools and also a private school at Grantham Prep. Grantham College offers further education options.

The Great North Road was routed through the town in 1196, with the A1 from London to Edinburgh bypassing the town when it was built in 1962.  There are fast road connections via the A1, the A52, which links the town to Nottingham in the west and to the A46 to Leicester.  East into Lincolnshire, there are fast routes connecting the town to Lincoln, Boston and Sleaford.

The busy train station provides connections direct to London in little over an hour, and other regular schedules include Peterborough, Norwich, Birmingham, Manchester, Liverpool, Nottingham, Newark, Lincoln and Skegness.  The East Coast mainline service connects to destinations such as York, Leeds, Sheffield, Edinburgh and Glasgow.

From the central bus station, there are connections to surrounding villages and to nearby towns in Lincolnshire, Nottinghamshire and Leicestershire.

Property prices in Grantham remain very affordable for local people, as well as attracting buyers from Nottingham and London, looking to commute from the town.

What's On This December In Grantham

Here are just a few of the exciting events that are happening in the Lincolnshire area this month.

What's On This November In Grantham

Things to do in Grantham. What's On In Grantham. A comprehensive list of local and community events, days out, things to do and places to visit in ...

Weighing Up Food and Rent

£4,753 is the total amount an average household spends on food and non-alcoholic drinks per year, the equivalent to...

View Full Details
All branch articles
<< Back to our offices

Gavin has been in the industry for over twenty years and joined Newton Fallowell in 2010 where he quickly established himself as a much-valued member of the team.

Tony has been involved in the industry since 2006.

Karen has been involved in property since 1999.

Stephen brings a wealth of experience to the team having worked in Property Sales for over 40 years.

Georgia who already has 4 year’s experience working in a sales environment joined our successful sales team in February 2018.

Kal joined our successful sales team in February 2018. Kal has always had an interest in the property market.

Director of IT and Marketing

Reputation Reviews
<< Back to our offices