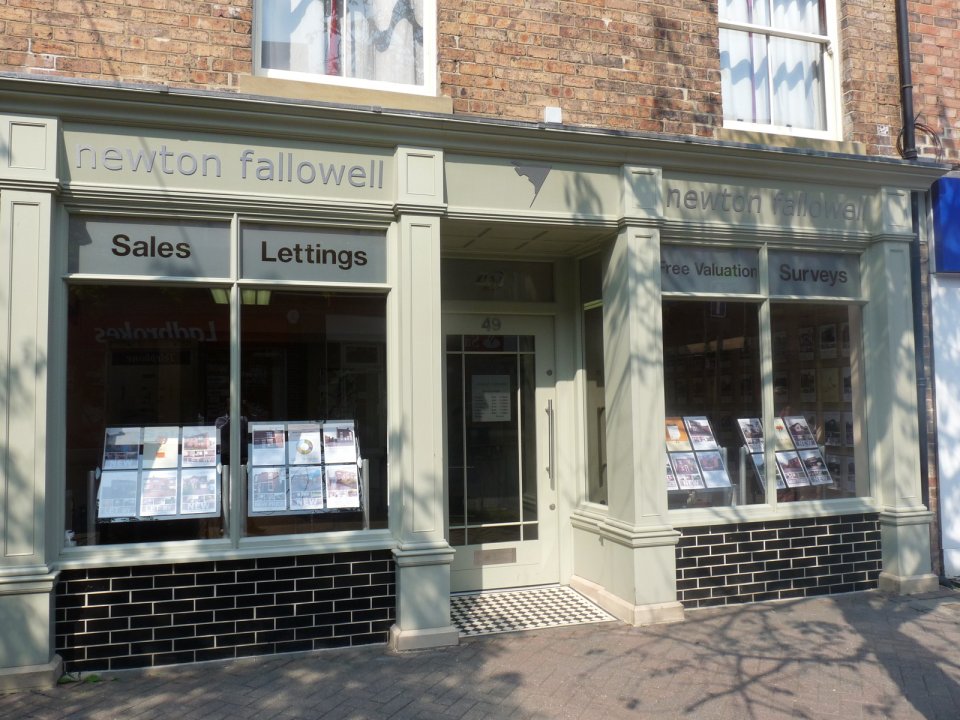 The Swadlincote branch is a well resourced agency providing honest advice and a commitment to excellent customer service.  Taken over by Tim Stockdale in 2006, the branch has grown from a small back street office with just three staff, to a prime High Street location and numbers of staff have doubled.

Specialising in sales, lettings, conveyancing and mortgages, the branch boasts a modern, open plan office with free parking for customers, to the rear of the office.  The sales team is friendly and approachable and endeavour to offer a superior post sales service, from offer through to completion.

“Our team always try to ensure they are as available as possible to our customers and are motivated to go the extra mile, whether it involves listening to a customer’s issues or helping a customer to complete their solicitor paperwork.”

As well as receiving a host of thank you cards from satisfied customers, the branch’s commitment to customer service excellence was recently recognised by a survey of vendors and buyers of completed sales by the Property Ombudsmen, resulting in a score for the branch of 10/10 for both service and satisfaction.

The branch has a keen involvement in the local community and currently sponsors Gresley Football Club, as well as supporting the Overseal Gala.

The branch is a proud member of the Property Ombudsman.

See all Swadlincote sales
<< Back to our offices

Ideal Starter Home! This two double bedroom modern semi offers well presented accommodation that also includes a lounge, breakfast kitchen and bathroom along with ample off road parking and a...

See all Swadlincote lettings
<< Back to our offices

Swadlincote is just 14 miles south of Derby and approximately 21 miles from Leicester and 28 miles from Nottingham. Birmingham is also commutable (30 miles) and there are two airports within easy reach - Birmingham airport (27 miles) and East Midland’s airport (15 miles).

Sally joined the business in 2006.

Tom joined the Swadlincote office in 2010.

Carolyn joined the Swadlincote branch in 2007.

Tim has an extensive background in financial services and mortgages within the field of estate agency, spanning over 20 years. Previously head of the Mortgage Advice Bureau (MAB) franchise for Newt...