Income to the Treasury from Stamp Duty Land Tax (SDLT) receipts fell by 7.5%, the equivalent of £1 billion in the financial year to the end of March 2019.

The fall is undoubtedly due to several factors. Transactions in the year to the end of March across England and Wales were 1.1% lower than the year previously, sales volumes across London in 2018, the region which contributes the greatest proportion of SDLT, were down 9.5%. 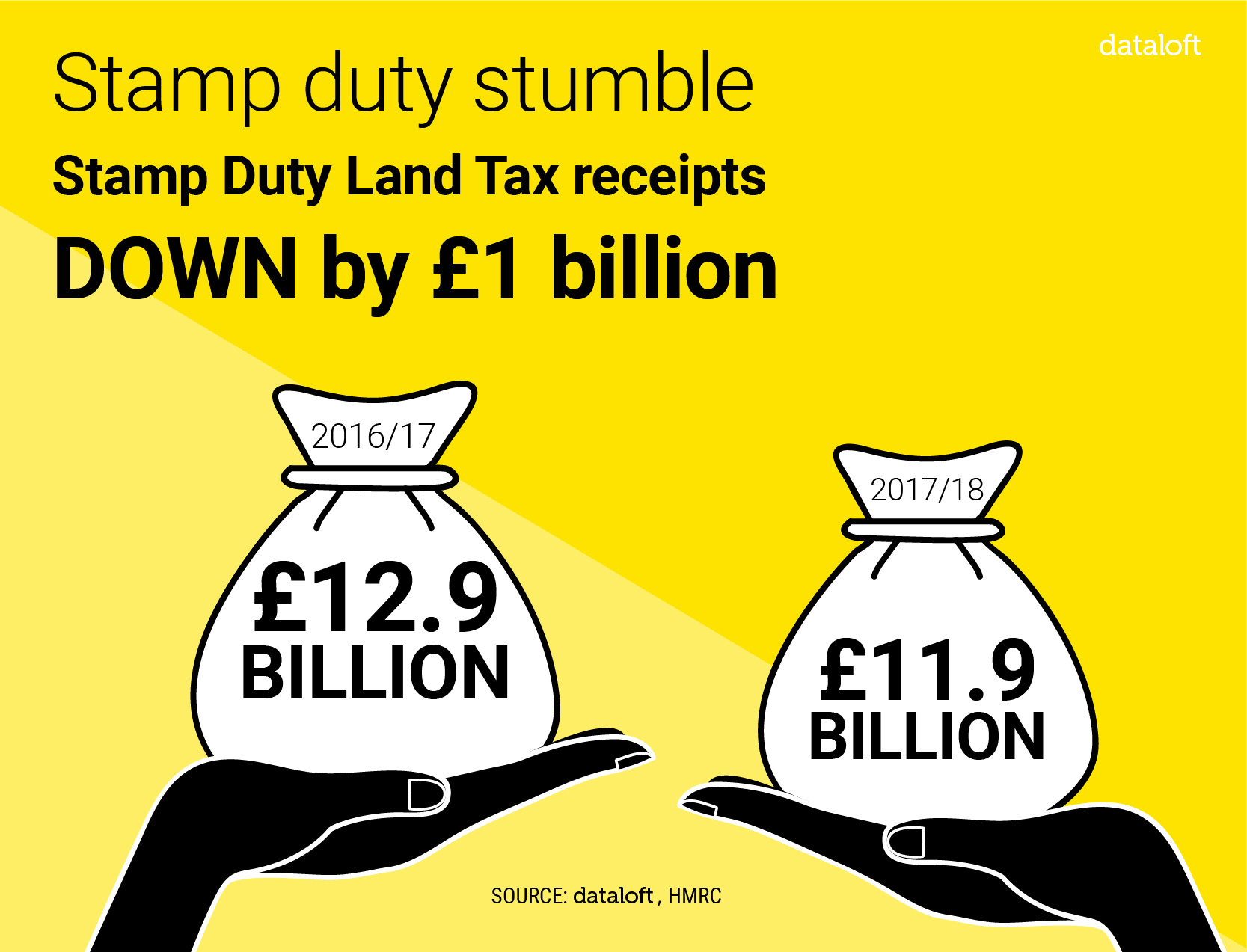