Homebuyers are prepared to pay a £30,000 premium for the lifestyle benefits that come from living in a market town.

The typical home in an English market town costs £280,690, an average of £30,788 or 12% more than properties in neighbouring towns, according to mortgage lender Lloyds.

House prices in these towns have jumped by 21% during the past five years, with homes in Beaconsfield in Buckinghamshire, England’s most expensive market town, now commanding seven-figure price tags.

Andrew Mason, mortgages product director at Lloyds, said: “Understandably, homebuyers continue to be attracted to the charm and high quality of life offered by market towns and are typically happy to pay extra to live there.”

Market towns typically combine rural charm with a certain level of amenities, such as shops, restaurants and transport links.

Unsurprisingly, this combination of factors makes them attractive places to live, increasing demand and driving up prices.

Meanwhile, because of their historic nature, there are generally not many new-build developments in or close to market towns, meaning the supply of properties remains limited.

At the same time, a number of market towns in the south east are within commutable distance of London, making them particularly appealing to people who work in the capital but do not want to live there. 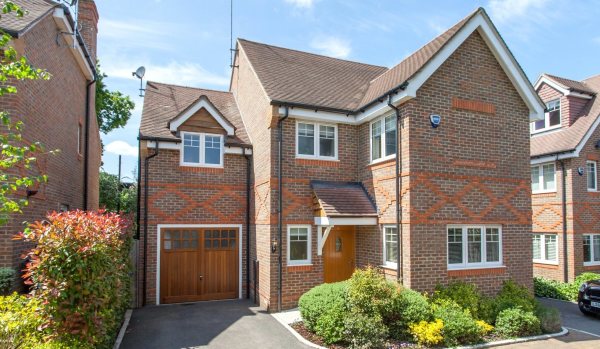 This modern four-bedroom detached home in Beaconsfield is on the market for £875,000, and forms part of a development of just five properties 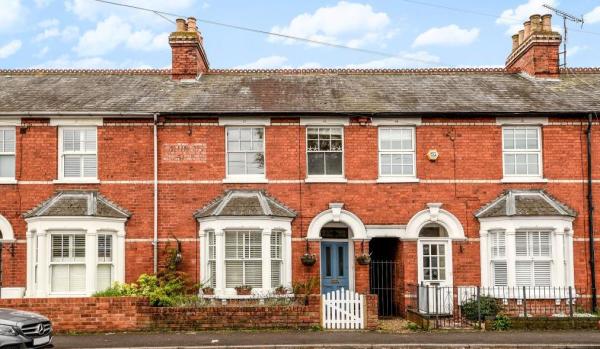 For £625,000 on Zoopla, this four-bedroom terraced house in Henley-on-Thames is a period property with feature fireplaces

The popularity of market towns means properties in these areas are increasingly priced beyond the reach of many people.

This is because the typical home in one of the towns now costs 7.9 times average gross earnings for a fulltime worker in England.

But houses in some market towns are significantly more expensive than others.

Beaconsfield is the priciest market town, with average homes costing just over £1m, followed by Henley-on-Thames, in Oxfordshire, at £831,452 and Alfresford, in Hampshire, at £541,529.

Beaconsfield is not only England’s most expensive market town, but it also commands the highest premium on the cost of homes compared with the rest of the county at 161%.

Wetherby, in West Yorkshire, has the second highest premium at 110%, followed by Henley-on-Thames at 108%.

There is a significant north-south divide in the cost of homes in market towns, with the 10 most expensive places all in the south east, while the 10 cheapest are in northern regions.

Ferryhill, in Durham, provides the best value for people who want to live in a market town, with homes there costing an average of just £78,184.

Properties in Crook, also in Durham, and Immingham, in Lincolnshire, cost an average of less than £116,000, while homes in Stanhope and Saltburn, both in Durham, and Tickhill, in Derbyshire, come in at under £150,000. 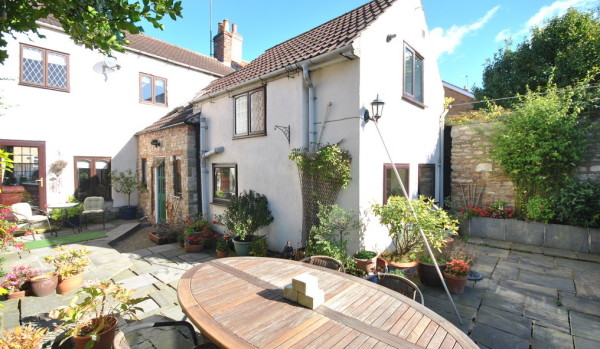 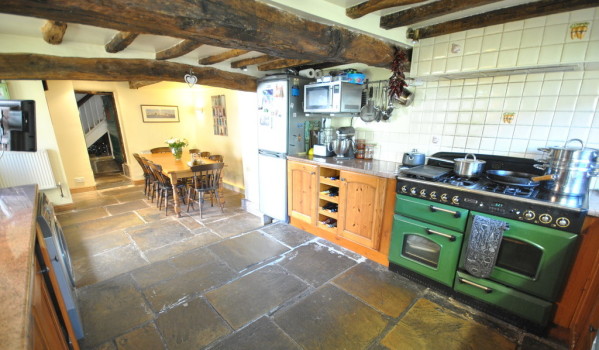 This characterful four-bedroom cottage dating back to the 1700s is available for £310,000 in the market town of Tickhill

*Lloyds' survey tracked house price movements in 135 market towns across England, based on data from the Land Registry, for the 12 months to June 2017