With Wimbledon in full swing, it got us thinking about what we would spend the winning prize money on (if we could play tennis!).... 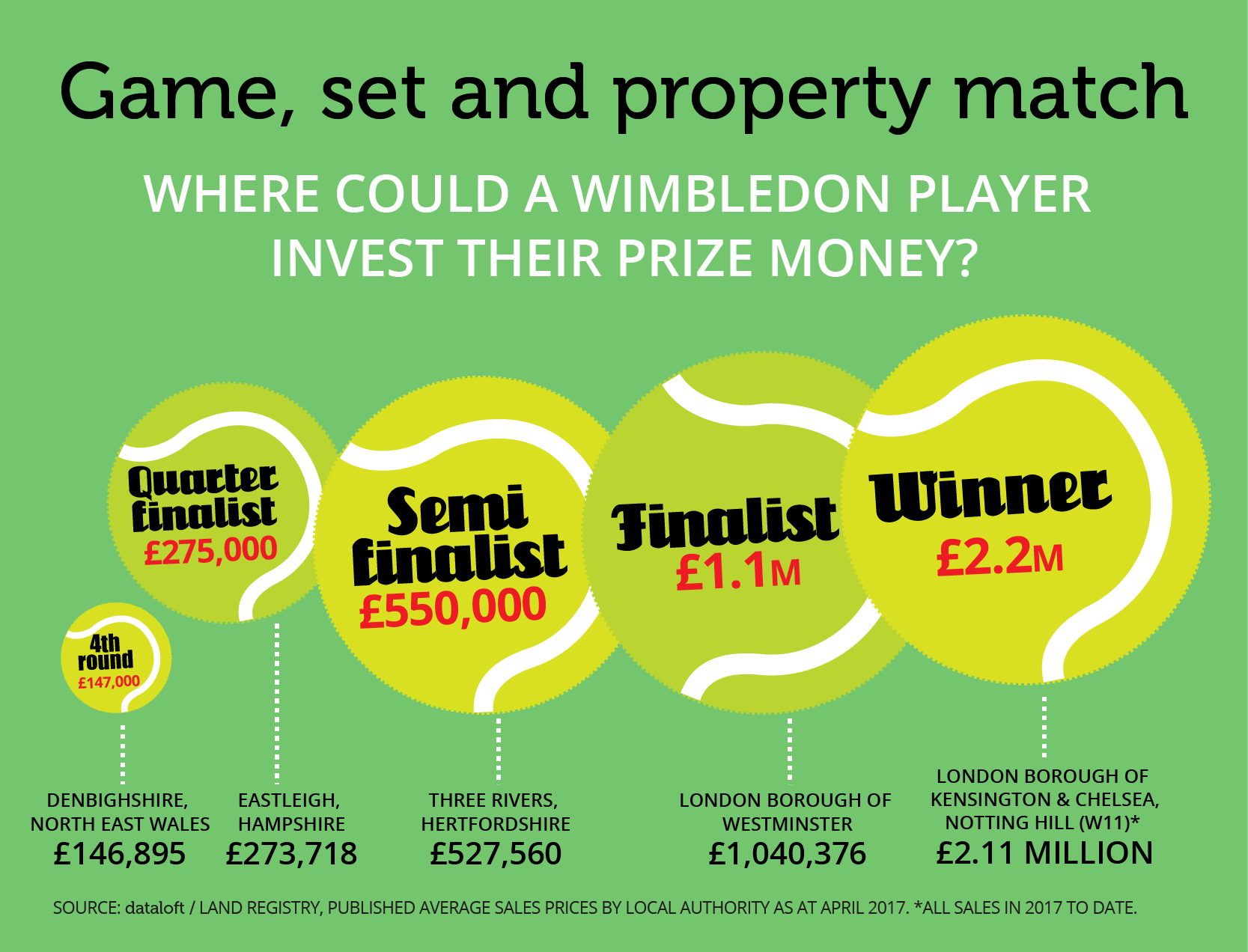 By the time the cork pops on the 29,000th bottle of champagne, a record £31.6 million will have been awarded in prize money. The winners of the singles Championships will both be presented with £2.2 million.

Should they be looking to invest their winnings in residential property, the prize fund will go a long way. The runners up will both pocket £1.1 million, which, in 2016 would have been enough to choose between 98.6% of all homes sold in England and Wales. They will comfortably be able to afford an average priced property just up the road in the London Borough of Westminster.

Meanwhile, the singles Champions would have had choice of all but 0.3% of homes sold in England and Wales during 2016. With £2.2 million, the Wimbledon Champions will be able to choose between some of the country’s most exclusive addresses. A property in fashionable Notting Hill would be within reach.

The winners prize money has more than doubled since 2010 from £1 million to 2.2 million.

Has your property value increased too and by how much?
To find out, why not arrange a FREE PROPERTY VALUATION and MARKETING CONSULTATION.
Call our friendly team on 01509 611119 to a arrange a convenient time for us to visit.