Independent Property Agency Newton Fallowell, with local offices in Loughborough and East Leake, are thrilled announce they have partnered with prominent lettings specialists Homelet, adding a third office in Kegworth.

Moving forward as Newton Fallowell Lettings, the company will further be offering their experience and investment advice to landlords throughout the Loughborough and Charnwood property market where Newton Fallowell (previously Hartleys) have been a prominent force for over two decades. 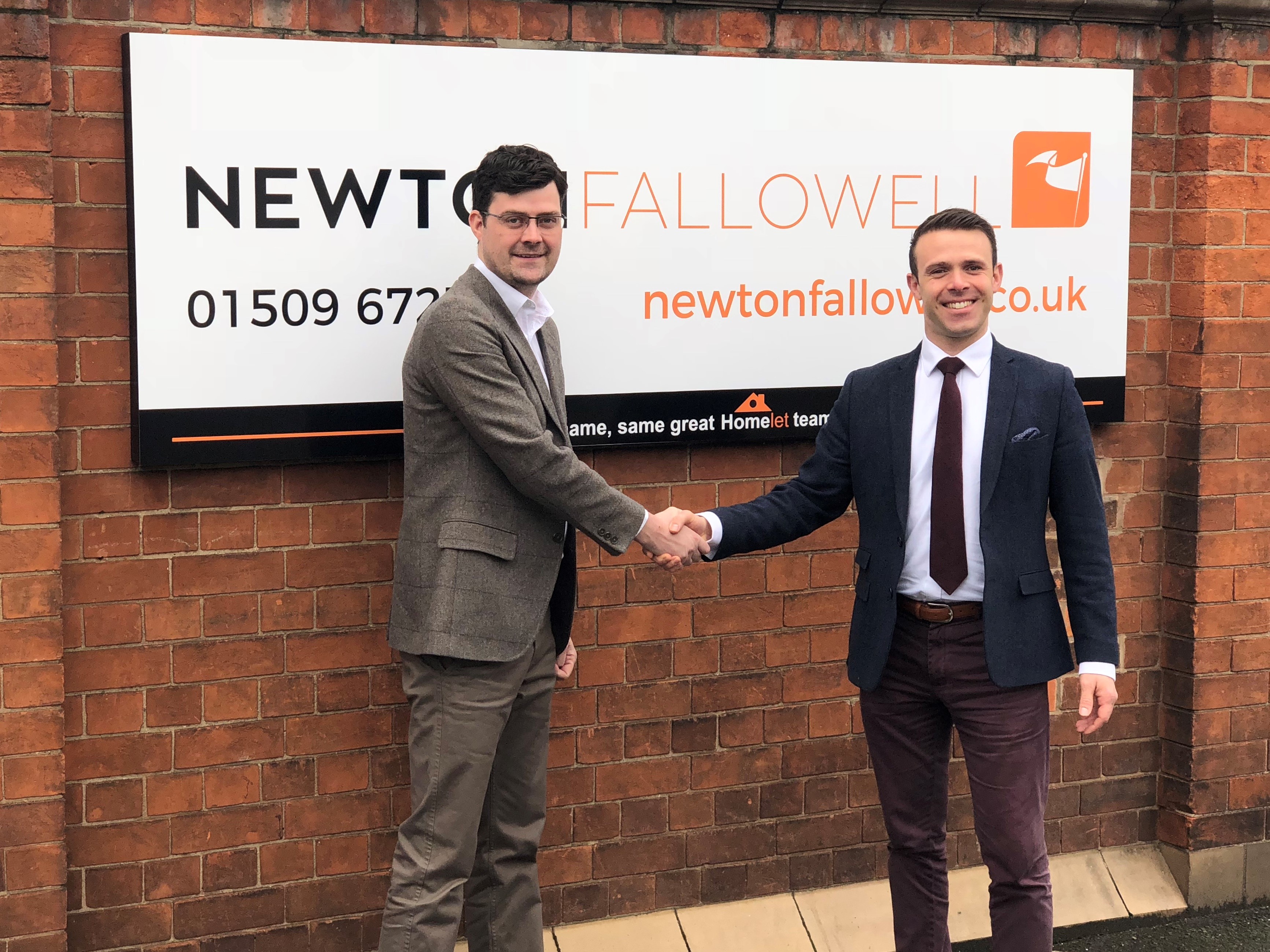 Richard Morris MNAEA commented; At a time where landlords face an ever-changing property investment market and increased regulations, we see our newly formed partnership in lettings and management as an asset to local landlords seeking an independent family run operation which has been missing from the local property scene over the last few years.

ARLA Qualified Lettings Partner Daniel Howitt says; ‘We have seen an increasing number of Landlords become frustrated with the larger run operations following take overs in recent years of the smaller guys. This is something we wanted to avoid and having known Richard for many years we felt our two family run businesses would complement each other by retaining the familiar faces and experience within our companies.’

The two businesses by coincidence follow an orange coloured theme and following the rebranding, Newton Fallowell’s distinctive To Let and Let by boards have been springing up across the region.

Daniel continued; I’d urge any landlord to allow us to review the current offering they are receiving elsewhere, as many we have consulted with are happy they now have a family run choice again in the lettings world across Loughborough and Charnwood.