9 million households live in properties that are too big

Nearly 9 million households across England and half a million across Wales are classed as under-occupied, defined as having at least two more bedrooms than the household needs.

The latest English Housing Survey estimates that half of all owner-occupied properties are under-occupied, while this figure is one in every eight in the private rented sector.

The rise in retiree households (those aged 65 plus) is a significant factor in the growth. The last census reported nearly two-thirds of owner-occupier retiree households are considered under-occupied, this compares to just 15% for lone parent families.

With just 1% of the UK population living in designated retirement accommodation at present, compared to 17% in the US and 13% in Australia, thinking outside the box in terms of future housing delivery may well be required to meet the nation’s housing needs. 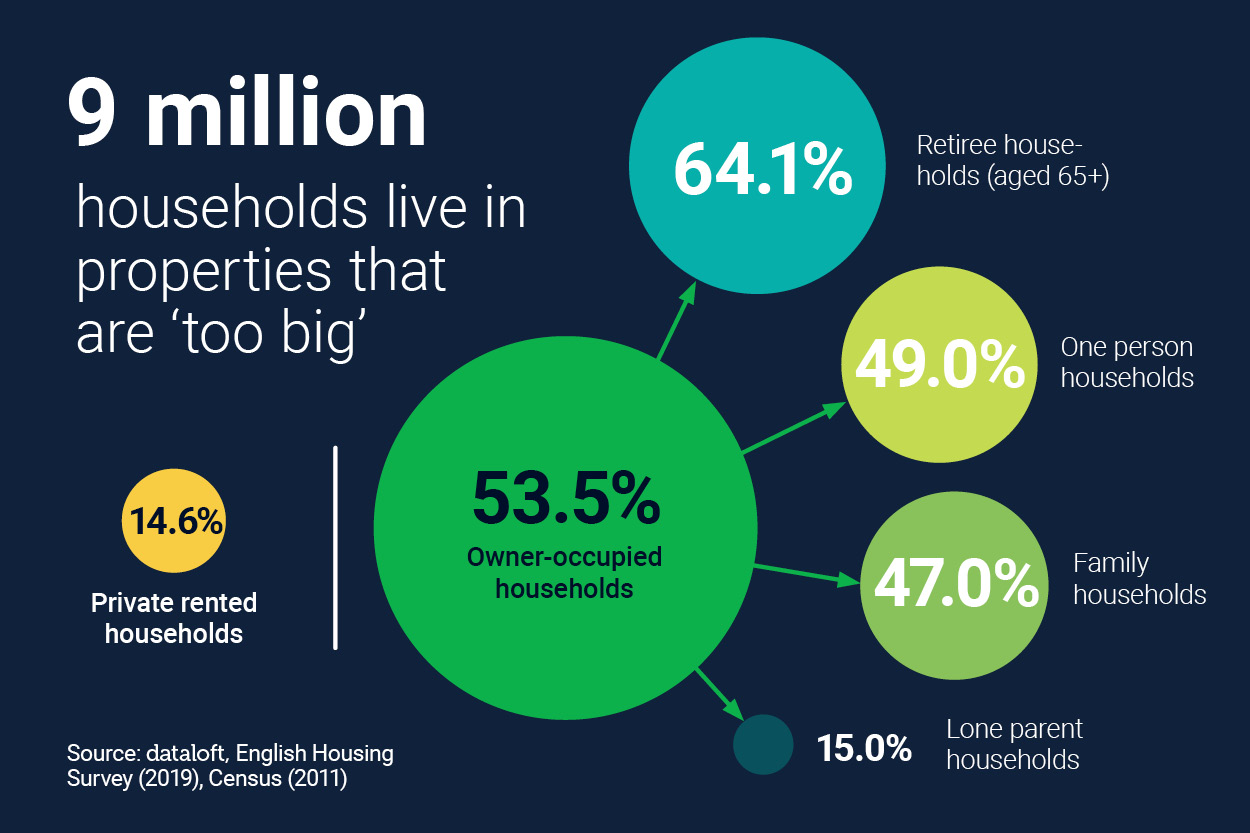